RT @YIMBYtoronto Another successful #yimbyTO! Thx SO much everyone who: had table, helped, visited – amazing time! | https://t.co/8456Xegfhf 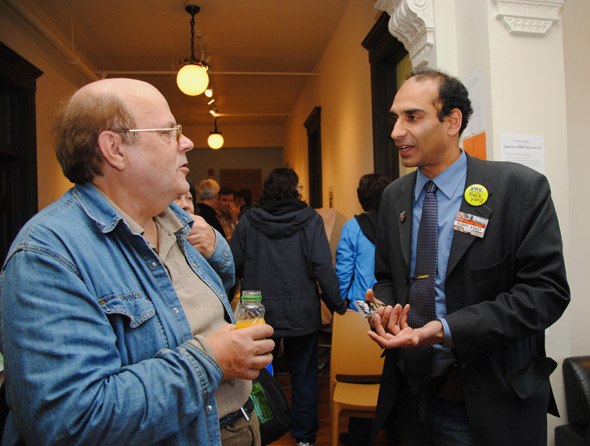 “Christina Zeidler … founder of YIMBY, “You often go to city meetings and the neighbourhood groups are the crazy people sitting at the back saying ‘no, we can’t do this! no! no!’ and really that’s not the spirit of community organizing.”

“The name of the festival is, of course, meant to distinguish activists from NIMBY (not in my back yard) groups, and to emphasize that community leaders are not opposed to all development.

“YIMBY “is [also] about trying to build relationships,” Zeidler said. “And having one day where the people who work really hard doing all this stuff can show off and celebrate what they do…it’s a bit like ‘show and tell.'”

“Individual groups give endorsements to those who support their ideas, making YIMBY an important networking opportunity for candidates in the Toronto’s municipal election.

“I’m always keen to see which politicians come by,” Zeidler told me. “Because those are the ones who are usually tapped in and connected to what’s going on…”

#TOpoli Toronto — looks like an amazing weekend… skip Ford Fest and enjoy Ford-Free Fests all over the City! pic.twitter.com/hK10msWwpb