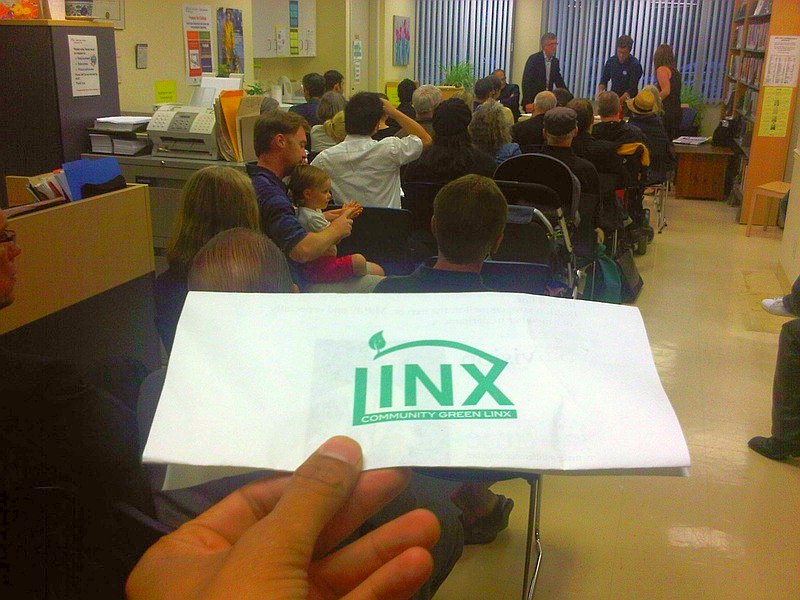 We at Community Green Links have plans to put a green roof over the rail right of way and allow new green space to exist in a way that is sensible in design.

On Monday August 23 2010, a Community Meeting with Metrolinx was held at St. Christopher House at 1033 King Street West. Flyers were handed out which included the following description:

It doesn’t make sense to just continue to use a train to travel from the airport to Union Station anymore.

Let’s do it in a better way and use the existing tracks to make a subway from Union Station to the airport.

Then we can travel and stop at convenient locations along the route to get home faster and in a more convenient way.

The cost would be minimal considering the track is already installed.

Just electrify with a “third rail” and install stations where needed, as needed.

Now that is a great idea that benefits ALL residents along the rail line.

http://t.co/HDEjOpeW this was in my platform during elections and ndp thought it was crazy greenlinx

http://t.co/KnLrsmA3 via @globeandmail canadian can do it in new york but forget about it in toronto we are small minded indeed greenlinx 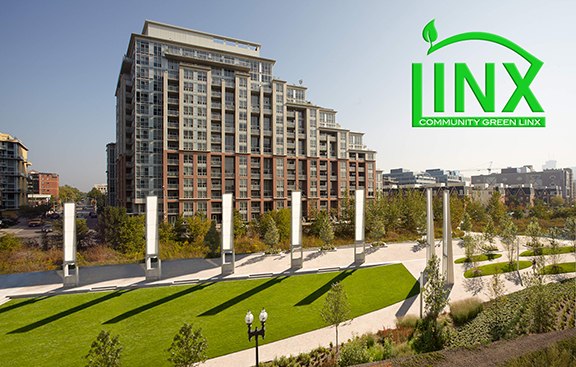 http://t.co/r3Nngp0I this is the greenlinx TM project that will cover the structure at strachan to create a park and greenspace

@GSawision Re: Greenlinx …so, if it is a good idea, why aren't we doing something, each awesome day, to make it happen? #letsroll #toronto

http://t.co/8IYFyOMZ and the greenlinx project to build a downtown subway line

pic.twitter.com/zRjDLVQtPn looks like same old bunch will be opposing subways,greenlinx in Toronto could save transit in toronto

yep its the greenlinx project that John Tory now promotes as his own,transit on rail lands #TOpoli pic.twitter.com/y8w5QNDarb

@GSawision Thank you for meeting me in person re: Community GreenLinx. Your Knowledge of the Tory Campaign was particularly devastating. Thx

#TOpoli in 2006 when I designed the GREENLINX project details I came up with an alternative transit solution, if subway was not built

Strachan @Metrolinx project needs to be covered with a park pic.twitter.com/zC8PbSgwfW

Unacceptable that #Wings are stuck in traffic. Ms. Chow and Mr. Ford failed to fight gridlock. #SmartTrack will get #Toronto #BackonTrack

. @johntoryTO Thinks that #SmartTrack will fix every problem showing how grossly out of touch he is with basic transportation planning.

. @johntoryTO Assuming Tory didn't actually write the tweet, he has some real bozo making statements on his behalf.

. @johntoryTO Hidden issue in campaign is candidate's baggage and what fools occupy critical positions as "advisors" and mayoral staff.

@johntoryTO I don't expect you to answer, obviously, but I wonder if privately you actually think StupidTrack is smart.

.@johntoryTO Maybe you should have thought of that before supporting/endorsing both Fords in 2010. #topoli